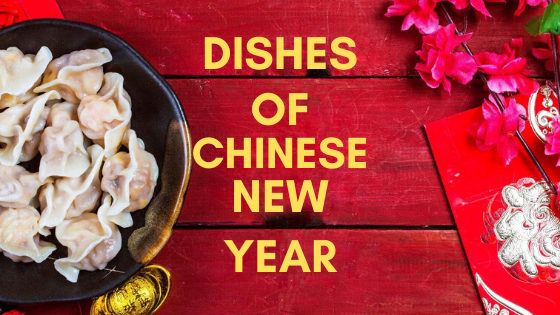 On our previous post, we discussed about things you can do on Chinese New Year is have a reunion dinner and eat food that bring good luck for the coming year. The highlight is the “reunion dinner” held on New Year’s Eve, when every family member makes an effort to rejoice, from all corners of the country or even the world, over a well prepared banquet. Food plays an important role in Chinese New Year and certain foods which have symbolic meanings of luck and auspiciousness are especially popular and essential during the festival. Chinese like playing with words and symbols. Often homonyms, words that share the same pronunciation but have different meanings, are gladly used. Names of dishes or their ingredients which will be served sound similar to words and phrases referring to wishes expressed during the Chinese New Year, while other foods hold a symbolic meaning. Here are five of the most common dishes seen on the tables of celebrating families: 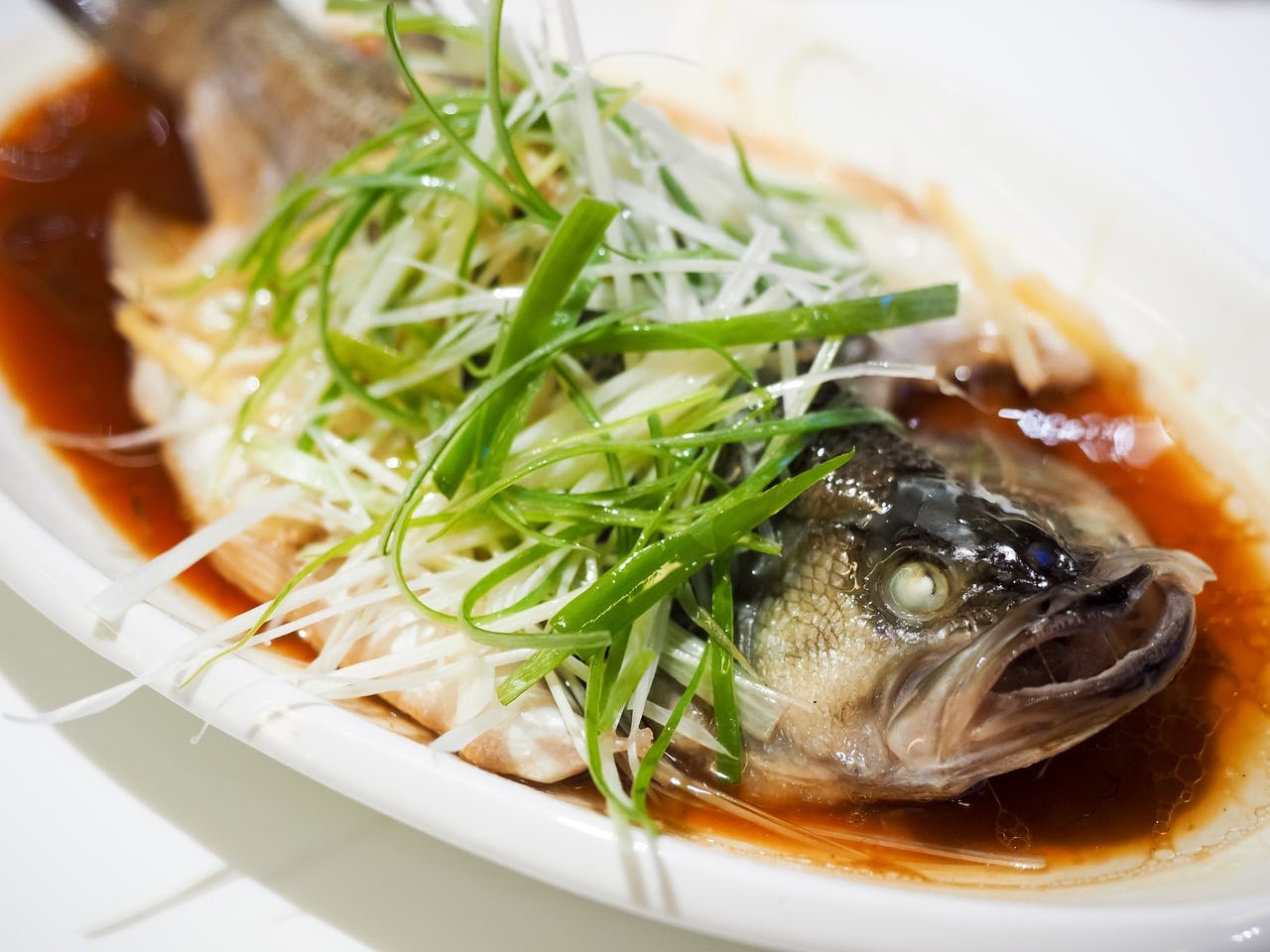 In Chinese, “fish” (鱼 Yú /yoo/) sounds like the Chinese words for both “wish” and “abundance”. As a result, it’s customary to serve a fish at the end of the New Year’s evening meal, symbolizing a wish for abundance in the coming year. Fish is a traditional Chinese New Year dish on the Chinese New Year dinner menu. Chinese people always like to have a surplus at the end of the year, because they think if they have managed to save something at the end of the year, then they can make more in the next year. For added symbolism, the fish is served whole, with the head and tail attached, representing a good beginning and ending for the months to come. Steamed fish is one of the most famous Chinese New Year recipes.

What fish should be chosen for the New Year dinner is based on auspicious homophonic. Crucian carp: As the first character of ‘crucian carp’ (鲫鱼 jìyú /jee-yoo/) sounds like the Chinese word 吉 (jí /jee/ ‘good luck’), eating crucian carp is considered to bring good luck for the next year. Besides that, Chinese mud carp meaning the first part of the Chinese for “mud carp” (鲤鱼 lǐyú /lee-yoo/) is pronounced like the word for gifts (礼 lǐ /lee/). So Chinese people think eating mud carp during the Chinese New Year symbolizes wishing for good fortune. Other than that, as for the Catfish, the Chinese for “catfish” (鲶鱼 niányú /nyen-yoo/) sounds like 年余 (nián yú) meaning ‘year surplus’. So eating catfish is a wish for a surplus in the year. Eating two fish, one on New Year’s Eve and one on New Year’s Day, sounds like a wish for a surplus year-after-year. If only one catfish is eaten, eating the upper part of the fish on New Year’s Eve and the remainder on the first day of the New Year can be spoken with the same homophonic meaning. 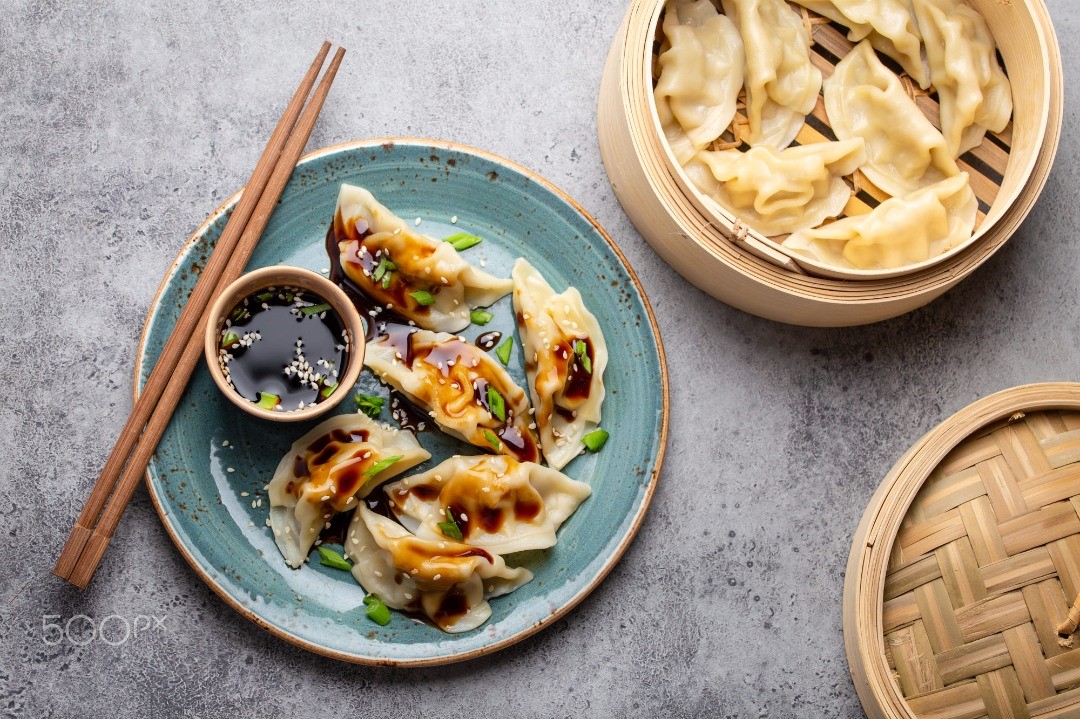 Dumplings represent wealth because of their close appearance to Chinese gold ingots, which are oval, boat-shaped hunks of gold used as currency in imperial China. Families typically wrap their own dumplings and continue wrapping until midnight to signify leaving the old year behind. Some families will hide a coin in one of the dumplings, and whoever receives that dumpling is believed to have a prosperous year.

Dumpling filling can be made in an endless amount of ways, but the most commonplace filling consists of pork, cabbage, and spring onion. Dumplings containing lamb, carrot, and spring onion are a popular option as well. However, different dumpling fillings have a different meanings. Chinese don’t eat Chinese sauerkraut (酸菜 suāncài /swann-tseye/) dumplings at Spring Festival, because it implies a poor and difficult future. On New Year’s Eve it is a tradition to eat dumplings with cabbage and radish, implying that one’s skin will become fair and one’s mood will become gentle.

There’s also a way to make a lucky dumplings. When making dumplings there should be a good number of pleats. If you make the junction too flat, it is thought to purport poverty. Some Chinese put a white thread inside a dumpling, and the one who eats that dumpling is supposed to possess longevity. Sometimes a copper coin is put in a dumpling, and the one who eats it is supposed to become wealthy. Dumplings should be arranged in lines instead of circles, because circles of dumplings are supposed to mean one’s life will go round in circles, never going anywhere.

Lastly, there is a lucky saying for eating dumpling “Zhāo cái jìn bǎo (招财进宝/jaoww tseye jin baoww” meaning bringing in wealth and treasure a good wish for making money and amassing a fortune. 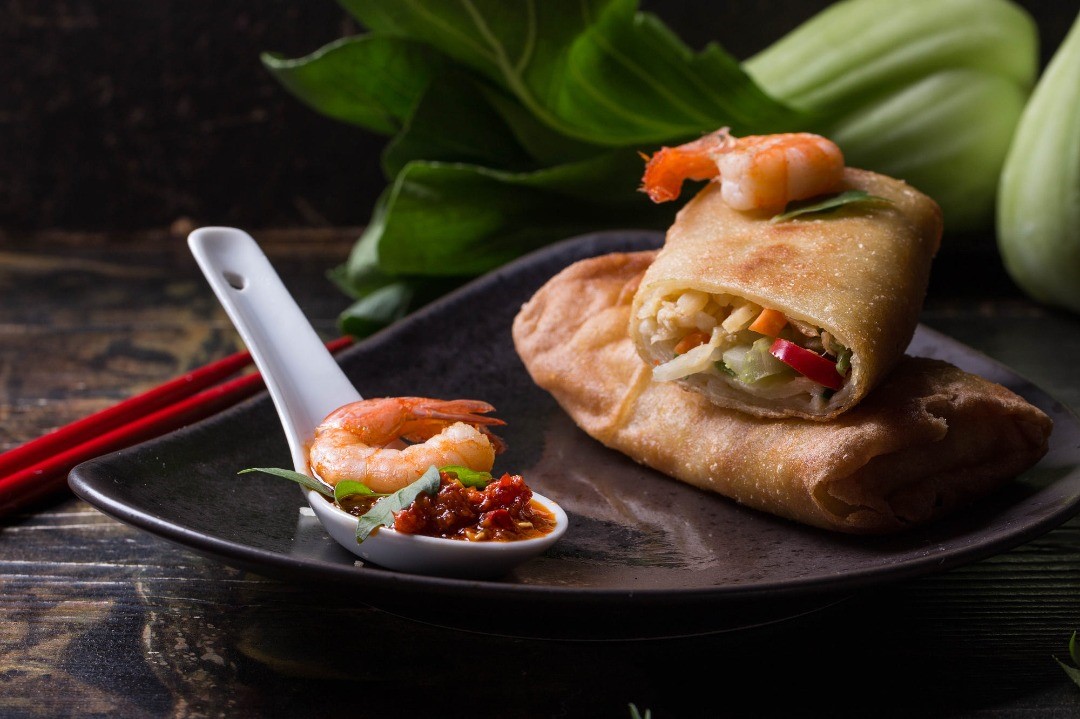 Spring rolls, while a beloved side item to a General Tso’s lunch special, are also a traditional food of lunar New Year. The name 春卷 (chūnjǔn) literally means spring and roll, and refers to the spring season. Spring rolls (春卷 Chūnjuǎn /chwnn- jwen/) get their name because they are traditionally eaten during the Spring Festival. Originally, spring rolls were intended to combine all of the season’s freshest vegetables together in one dish as a way to celebrate spring. Now, it’s common to eat pan or deep-fried spring rolls stuffed with pork or shrimp. Spring rolls are a Cantonese dim sum dish of cylindrical-shaped rolls filled with vegetables, meat, or something sweet. Fillings are wrapped in thin dough wrappers, then fried, when the spring rolls are given their golden-yellow colour. Because of their resemblance to gold bars, people also eat spring rolls to attract good fortune for the coming year. 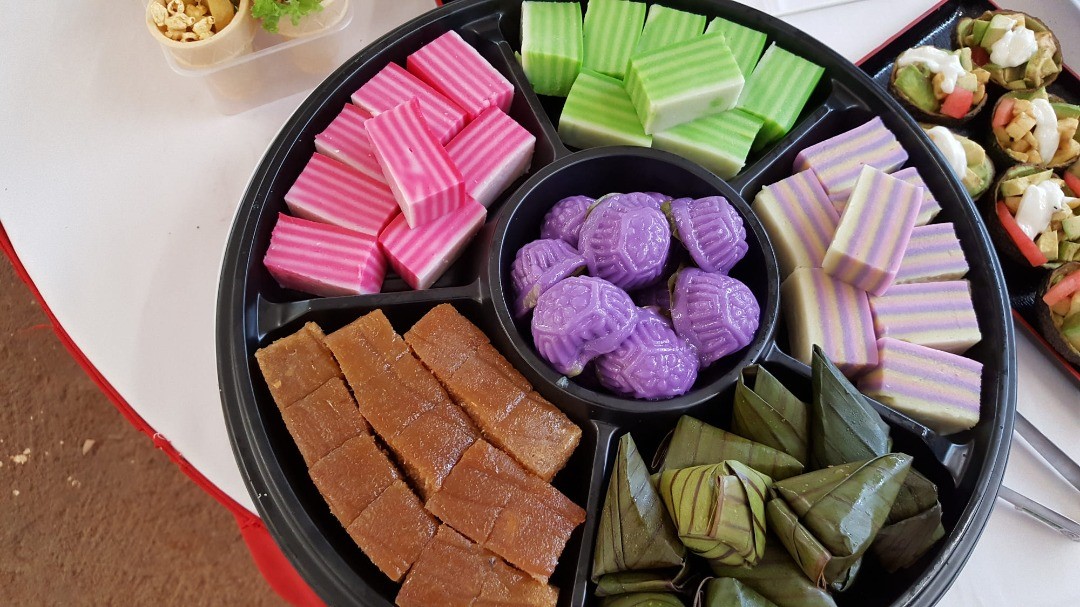 As one of the traditional Chinese New Year foods, Glutinous Rice Cake with a history of 1,500 years was originally used to worship the gods and ancestors. The star of the dessert spread is glutinous rice cake, or nián gāo (年糕), which translates literally as “New Year’s cake.” In another homophonic pun, the word for cake sounds like the word for “tall,” or “to grow,” so eating glutinous rice on Lunar New Year symbolizes growth, whether it be in career, income, health, or even height. A popular phrase that accompanies nian gao is 年年高升 (níanníangāoshēng), which means “to increase prosperity every year.” Originally, the dish was reserved for high deities and one’s ancestors, but it gradually made its way into the Lunar New Year feast. Traditionally, this dessert is made with red dates, but nian gao can come in many different forms, including savoury. 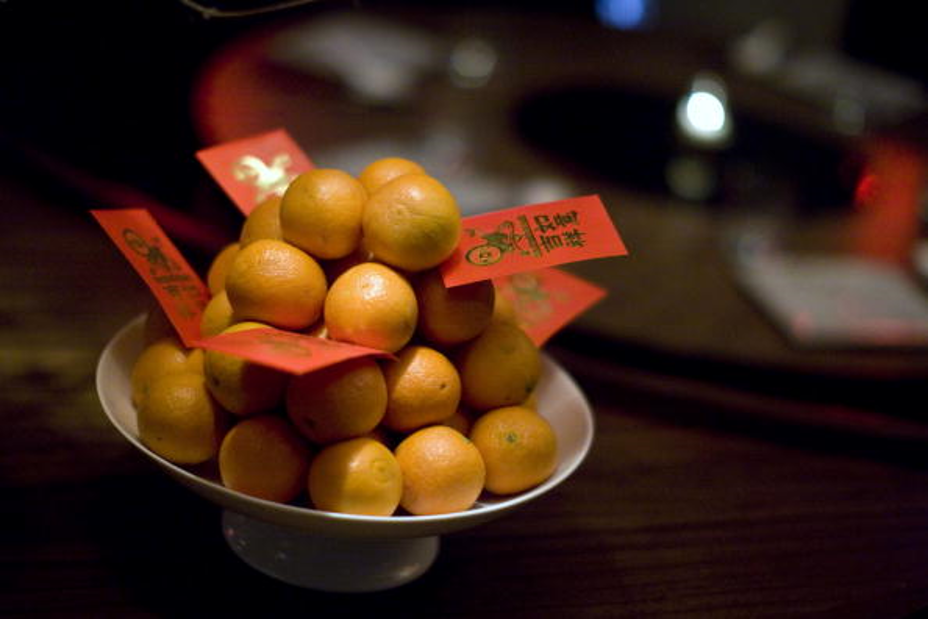 Following the circular concept, certain round fruits are eaten during Lunar New Year to encourage family unity. Certain fruits are eaten during the Chinese New Year period, such as tangerines and oranges, and pomelos. They are selected as they are particularly round and “golden” in colour, symbolizing fullness and wealth, but more obviously for the lucky sound they bring when spoken, while the word for orange 橙 (chéng) is a homophone for “success” (成 chéng).

Eating and displaying tangerines and oranges is believed to bring good luck and fortune due to their pronunciation, and even writing. The Chinese for orange (and tangerine) is 橙 (chéng /chnng/), which sounds the same as the Chinese for ‘success’ (成). One of the ways of writing tangerine (桔 jú /jyoo/) contains the Chinese character for luck (吉 jí /jee/). Besides that, eating pomelos is thought to bring continuous abundance, prosperity, having children, good health, and family unity. The more you eat, the more wealth it will bring, as the traditional saying goes. The Chinese for pomelo (柚 yòu /yo/) sounds like ‘to have’ (有 yǒu), except for the tone, and exactly like ‘again’ (又 yòu).

Chinese New Year is a time for families to be together. Chinese New Year’s Eve is the most important time. Wherever they are, people are expected to be home to celebrate the festival with their families. Luxury Suites Asia would like to wish you good fortune on the Chinese New Year. Thank you for always supporting us and don’t forget to make a booking with us . Hope the year ahead are filled with immense joy and prosperity. Happy Chinese New Year, Gong Xi Fa Cai! 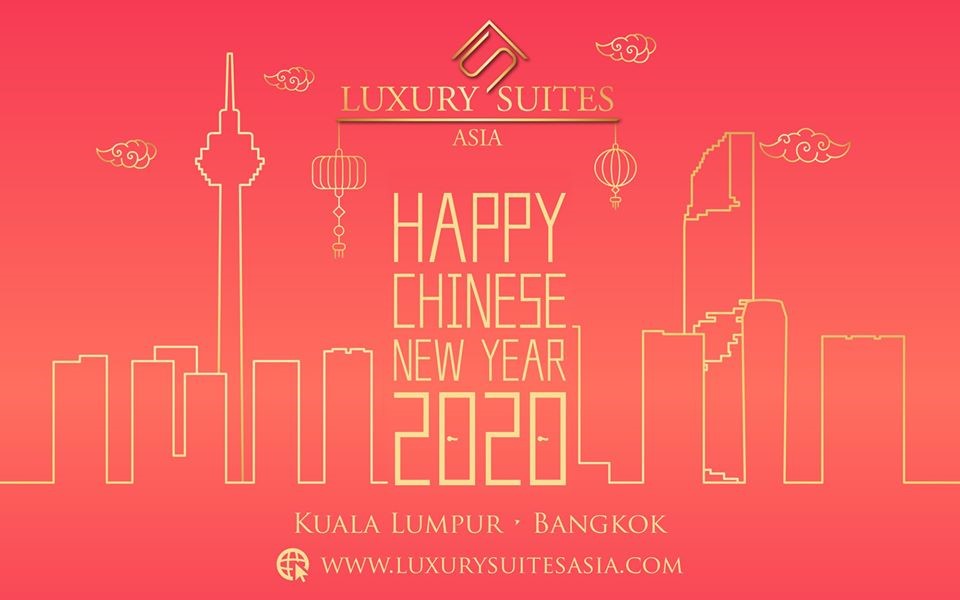 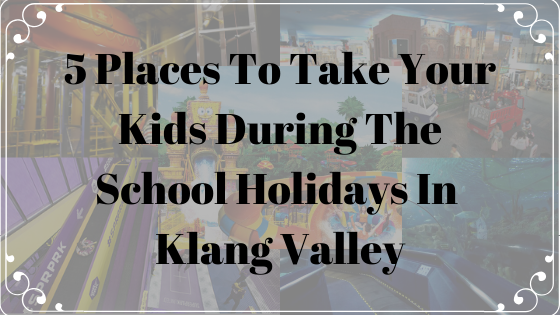 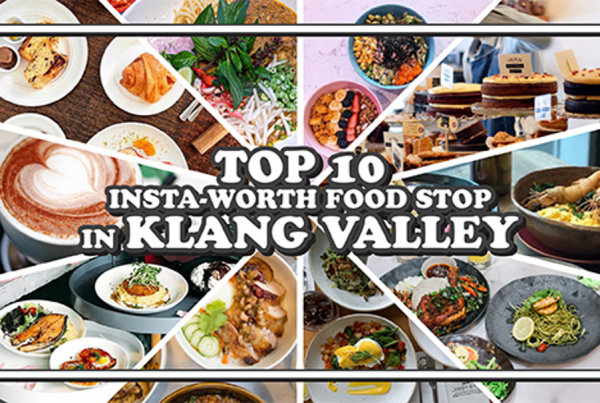